Within a month and a half, mobility in our society has radically changed. Trains run a maximum of twice an hour, the number of kilometers driven per person decreased by 50%, flight bans have been imposed for various destinations and airlines such as Transavia and EasyJet are grounding their entire fleet. But what impact will this have on our mobility after Corona?

In this insight, the developments during the Corona crisis have been analyzed to paint a picture of our future mobility. Because in the times of working from home, online meetings and digital education, great strides are being made in both innovation and digital acceptance. Where digital meetings previously aroused reluctance, this has been removed by the current dire need to be able to continue. All in all, the leaps in innovation and the acceleration in adoption offer a special opportunity to digitize our work. But how will this digitization affect our future mobility in the Netherlands during this crisis?

In order to reduce the increasing pressure on our public transport system during rush hours, a national discussion has been going on since 2014 whether and how students can be avoided during rush hour. In 2018, for example, 58% of public transport travelers was known to have a student travel product (CBS, 2020). A number of alternatives have been developed to reduce this group, ranging from leaving lecture hours to using rewards when students travel outside peak hours. However, this has so far been limited to local initiatives, partly because HBO and WO education relies heavily on classroom lectures and work groups.

In recent years, however, a digital innovation process has also been set in motion within these traditional institutions. For example, many lectures are already being recorded and can be watched live and afterwards. This shows that the foundation has been laid to continue education during Corona times. Universities and colleges have made great strides in a short period of time to continue education digitally. In addition to lectures and tutorials, even exams are taken online. Of course, the means are not perfected yet, but both the need for digital education and the will to embrace it offer opportunities for the future.

Because after we have coped with the current crisis, these innovations and benevolence can be continued. Because less physical classroom education is needed, the number of students using public transport during rush hour can be reduced. This creates the necessary space for our public transport system to absorb rush hour peaks.

The use of 'video conferencing' has increased in recent years in both the public and commercial sectors. Partly because of this, it is possible for the Business Services and Government sectors to continue regular work from home during the Corona crisis (ING, 2020). The need for digital solutions means that professionals are willing to change their business routines, just as they do in education. Meetings at the office and at remote locations are being replaced by solutions such as Microsoft Teams, Google Hangouts or Zoom and even brainstorming sessions are taking place digitally.

All in all, this is causing a shift at the national level within these sectors; in a short period of time almost everyone will come into contact with digital working and meetings. Necessity and benevolence thus jointly lead to an increase in digital skills. And this skill will come in handy in the future, because when digital meetings feel natural and intuitive, the need for face-to-face meetings diminishes. For example, the number of kilometers traveled per employee in the Business Services and Government sectors can be reduced, on both rail and asphalt.

The increase in digital working and meetings is not only occurring within the Netherlands. Due to the international nature of Corona, the necessity of working online is a worldwide phenomenon. Before the outbreak of this pandemic, about 12% of air passengers were business travel. With passenger aviation declining with 90%, companies worldwide are forced to look for substitutes for their international operations. This has resulted in presentations, meetings and conferences now taking place digitally. Previously, differences in digital acceptance and skills made face-to-face meetings more efficient. Now these differences are rapidly decreasing, which may reduce the need for international flights to see each other physically. All in all, this could lead to a decrease in international flights.

In conclusion, these changes offer us the opportunity to take a critical look at our future perspective. Do we want to support all current companies equally? Or will companies that are committed to sustainability now or in the future be given priority? And should we actually use part of these funds to launch sustainable innovation in mobility, for example by reducing support for airlines and using this for the development of an international hyperloop connection? A crisis shakes society to its foundations. Let us see this turmoil and the space that has become available as an opportunity to set our sustainable future direction in motion as a socially critical person. 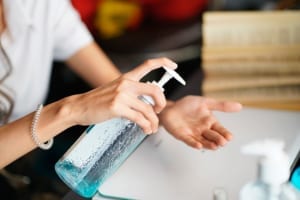 Can we in the healthcare sector ever talk about a time 'after the coronavirus'?

More information
Would you like more information or sparring about the impact of Corona on your organization? Please feel free to contact us!

Almost every sector experiences its own challenges during and after the corona crisis. In addition to the mobility sector, Supply Value also provides in the field of energy and care predictions after corona. Would you like to discuss these predictions, or are you curious how your organization can achieve good results despite these challenges? Then take contact Contact our consultants on 088 055 5999. 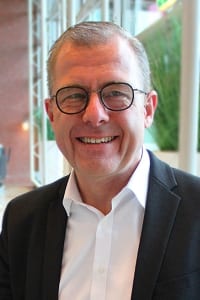 The impact of the coronavirus on the healthcare sector

Energy market after the Corona crisis
Scroll to top