As a client, you choose suppliers who can best serve the goals of the organization. They must fit in with the strategy that the company has in mind. The supplier's own interests and interdependencies are not always included. How do you ensure that suppliers adopt an assertive attitude so that you as a client have to carry out minimal coordination, while lead time, money and quality are not compromised? The model in which you as a client are the central point of all information is outdated and in many cases no longer works due to the rapid flow of subsequent decisions that have to be made. Working in a network collaboration offers many solutions and is therefore the future in how we work together with suppliers or partners, each based on its own expertise, with a common goal. We use an example from practice to explain how this works. 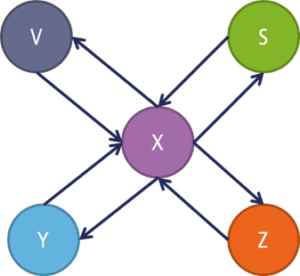 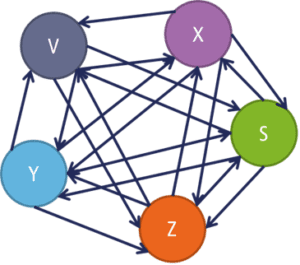 One project team to promote collaboration

In the majority of projects where Supply Value acts as project manager, suppliers or partners play a role. A lot is therefore invested in collaboration, at all levels. In the example discussed here, this was also of great importance, because different parties were very dependent on each other to be able to deliver a good product. For this reason, one project team has been created. The example concerns a project in which an IT application is built together with suppliers. We work according to Prince2/Agile method, which means that the operational process is carried out by a scrum team. The project leader manages the scrum team in consultation with the product owner and reports to the steering group. The transition from Agile to Prince2 is therefore up to the product owner and the project leader. A number of things have been set up at an operational level to stimulate optimal cooperation between suppliers:

This way of working between suppliers requires trust and mutual understanding, which ultimately leads to minimal coordination of the client and low transaction costs. A lot of energy has therefore been put into performing a good retrospective by a good scrum master. It's nice to see that the team became more mature with each sprint and therefore also had more and more energy.

Attention to the project at all levels

In order to be resilient when things go wrong in the project, it has been ensured that the cooperation is well organized at all levels. In addition to the operational cooperation as just explained, the tactical and operational level has been merged at key moments. This means, for example, that all project managers from all suppliers are involved in the project start, so that they know each other and can contact each other when necessary. In addition, architects (both from the client and suppliers) and business analysts are involved in the refinements and sprint planning so that there are no surprises during the sprint. By uniting business analysts and architects from all parties, it is already thought out beforehand where difficulties can arise. These are then reported to the project manager as a risk.

Setting up these structures is not the only thing that is necessary, because how can it be prevented that if the project threatens to be unable to deliver, the suppliers do not fall back on their contract and ensure that they have delivered what was requested? After all, you as a client want a working product, rather than a contract that is delivered neatly to the letter. For this reason, a strategic meeting has also been set up in which the director of the commissioning organization invites the directors of the suppliers. During this consultation, it is discussed how the organizations deal with each other when setbacks may arise. Is there a traditional way of working together and does everyone focus individually on the client one by one? Or do we call each other first to find a solution? In that case, a real network collaboration is set up. 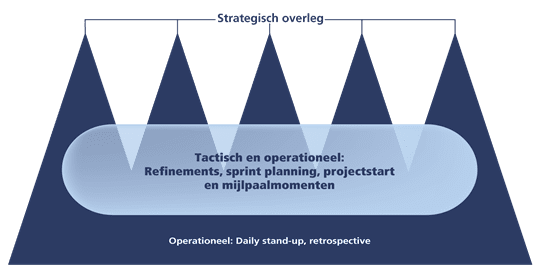 Figure 3- Collaboration at all levels

Resistant to setbacks through cooperation

By setting up the project organization and consultation structure in the manner just described, the project can withstand major setbacks. And these certainly were. For example, it has happened that suppliers expected each other to be able to realize certain parts of the product to be delivered. When this turned out not to be the case a few times, the suppliers and the client each time sought cooperation in order to find a solution. This also meant that in some cases a supplier came up with a possible solution, which also enabled them to profit commercially. In this way everyone was satisfied and the project was prevented from becoming rudderless or pointed at each other.

It is not easy to help each other when things go wrong, or threaten to go wrong, instead of safeguarding one's own part. Supply Value has learned that this is possible and that it brings many benefits at all levels and above all saves time and money.

Would you like to know more about best practices in network collaboration and good commissioning? Please contact us or make an appointment with one of our experts without obligation.

Would you like to read all the information carefully? Sign up for our newsletter and receive it for free this customer case.

We'd love to hear what you thought of this article. Would you like to know more about this topic or do you have any questions after reading this article? Contact Supply Value via 088 0555 999 or info@supplyvalue.nl

Supply Value in the top 1000 fastest growing companies in Europe