Group Model Building: a participatory method that helps with acceptance and agreement in decision making

Opposing interests in the same company. Perhaps strange, but very common. A sales manager who is charged on the sales, while the supply chain manager must keep the costs of inventory as minimal as possible. Which importance is greater? A difficult decision for several reasons: it involves various stakeholders with different opinions, it is difficult to estimate the ideal situation, a possible solution cannot simply be tried out because of too great possible setbacks and several solutions are possible, not one of which is the best is, but all of them are a possibility. This is also referred to as a 'messy' problem (Head & Alford, 2015). A method designed to provide insight into these kinds of problems and to create consensus among parties with conflicting interests is Group Model Building (GMB) (Vennix, 1996). Thanks to this insight and this agreement, a well-founded decision can be made on the one hand, and on the other, everyone is on the same page. This leads to less resistance and more effective change.

This whitepaper on GMB first describes what GMB is and which steps are followed in a GMB process. Next, an example has been described to create an image with a possible result. 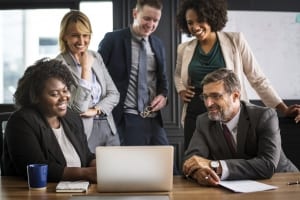 GMB is a method in which using System Dynamics (SD) a system is displayed visually to support a group in decision making in 'messy' problems. The aim is to structure a group process in which the consensus is reached and involvement in the decision is central. The model that is created is the means to achieve this goal (Vennix, 1996).

The first step in this process is to find an answer to whether SD is the preferred method for the perceived problem. This method is best suited for messy problems. A 'messy' problem cannot be defined succinctly and clearly, there is no single optimal solution for a 'messy' problem, it is not possible to simply implement a solution, because the consequences can be large, it is a unique problem and there are several stakeholders with different visions (Head & Alford, 2015). The method is also suitable for problems that require long-term insight and are dynamic in nature. This could include the introduction of lean. While there are lean tools that can be used individually, the introduction of the lean philosophy is a transformation of an organization's vision (Arlbjørn & Freytag, 2013). This has a long-term impact, is a dynamic process and cannot be 'tried once'.

Group Model Building: a participatory method that helps with acceptance and agreement in decision making 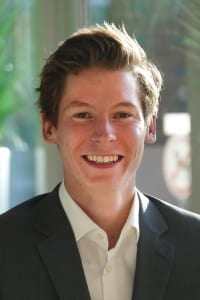 In 5 steps to a clear annual plan on 1 page!

During a graduation period, tests in consultancy, at Supply Value can be done ...
Scroll to top