The 4 biggest pitfalls that lead to conflicts with the supplier

As a buyer, you can not escape it: conflicts with your supplier. Sometimes it's about the price, the other time about the quality, next time about the conditions and again about the logistics. These conflicts often have a negative effect on the relationship and ultimately on performance. This is because attention and time have to be invested to resolve the conflicts and parties can become frustrated and irritated. However, they also have a positive effect in some cases. In this way they can lead to a better understanding of the positions of the other party, innovative ideas, and more critical attitudes of both parties. One of the most important success factors that ensures that these positive results are realized is analyzing the conflict. As a buyer, one must be able to classify conflicts in a good way, and then use a subsequent management strategy. Unfortunately, this still happens far too little so that conflicts are not solved properly and the negative side gets the upper hand.

In this blog we will take you in the best ways to classify conflicts, analyze and extract as many positive effects as possible. These advices are the result of scientific research into conflicts within the buyer-seller relationship among more than 330 purchasing and sales professionals. This study was carried out in 2016 in collaboration with Supply Value.

What types of conflicts are there?

A first step is to distinguish between four different types of conflicts. 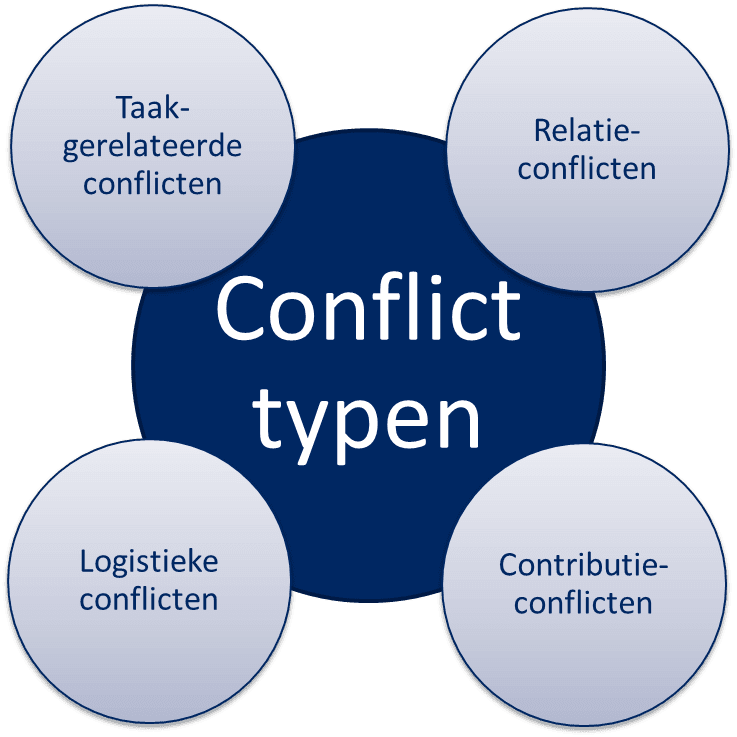 Task-related conflicts are purely about the substantive tasks that both parties have agreed. Examples of this are disagreement about product specifications and degree of information exchange.

Relationship conflicts are personal in nature. This concerns, for example, collisions between characters. In many cases, conflicts of this kind are the result of other conflicts that are not resolved properly, but they can also arise from, for example, differences in (corporate) culture.

Contribution conflictn have to do with disagreement about delivered work and the contribution of the various parties. For example, not keeping appointments or being unavailable.

Logistical conflicts are conflicts about the processes used to complete a joint task. This concerns in particular disagreement about task responsibilities, the method followed and the use of resources.

When do you meet them?

In practice it can often be seen that many task-related and logistical conflicts occur in the initial phase of a buyer / seller relationship. This is not surprising as it is important in the beginning for both parties to get as much profit and a good deal out of the negotiation as possible, where self-interest is paramount. Contribution conflicts are relatively common in the long term. These conflicts are necessary to keep each other sharp, but they also cause a big reduction in trust and commitment when they last too long and are not properly resolved. When the buyer and seller increase their cooperation by integrating more processes and exchanging information, the amount of conflicts decreases. This is because the different parties know each other better and take each other's interests into account more often in the search for a solution. This not only ensures fewer conflicts, it also ensures that conflicts have a lesser negative effect. The more people look for a solution together and, in doing so, weigh everyone's interests, the better the relationship becomes, after which the performance will follow.

Where does it go wrong?

In most cases, conflicts have a negative effect. That is why both the buyer and the seller must try to prevent conflicts as much as possible. On the other hand, it makes no sense to avoid existing conflicts. They are indeed driven back. In addition, in some cases it is simply lucrative to stick to one's feet and look for the confrontation, even though this damages the relationship. It is therefore important to be well prepared, then analyze the situation well and then act quickly and decisively. Unfortunately this does not always go well, especially the following pitfalls are often encountered in practice.

It all starts with making appointments. Many conflicts arise due to the different interpretation of this or due to lack of clarity in agreements made. By clarifying this in advance for both parties, this can be prevented. This can increase the number of task-related conflicts during the negotiation, but also reduces the number of long-term logistics and contribution conflicts.

In addition, many conflicts arise because a party, according to the other party, does not keep to the agreements. Agreements can also be made here and follow-up steps can be drawn up. Just like guidelines that can be used for conflict management. By discussing in advance what one does when a conflict occurs, one is better prepared and the conflict can be solved more quickly. This reduces the number of contribution conflicts and ensures that conflicts become less personal and thus also reduces the number of relationship conflicts.

2. Lack of honest and open communication

In addition to clarity, openness and honesty are of great importance. By regularly exchanging information and being open about the goals and expectations, both parties know what they are up to. In particular, this reduces the number of contribution conflicts, but it also has a positive effect on the other types of conflicts. In the absence of communication, people do not know what is going on, which creates unrest and uncertainty. Honesty is essential to prevent conflicts from becoming personal. When a party finds out that the other person has not been honest, the trust will fall to a low point, which will lead to additional conflicts.

3. View the situation only from your own point of view

The best results are achieved within relationships where the different parties together look for a solution that gives a good result for both. The so-called win-win situation. Within these relationships, the parties not only look at their own interests, but also weigh the interests of the other party. This generally provides the best results for both the relationship and performance. However, it takes more time and therefore requires a certain degree of commitment for the parties to proceed in this way. Despite that, it remains important not to lose sight of the seller's perspective. Taking these into considerations makes conflicts less personal.

In many cases conflicts arise because other types of conflicts continue for too long, causing frustration and anger. As these are the most harmful conflicts, it is important to prevent these conflicts as much as possible. It has already been pointed out above that clarity, honesty and trust ensure that conflicts of interest play a lesser role. When there is a conflict of interest, it is important to discuss this directly with the supplier, as well as internally at your own company with, for example, a manager. Conflicting discussions is often a big part of the solution. However, if this does not lead to a solution, one can involve a mediator who can view the situation more objectively and with a fresh perspective. This can also be a solution when heavy negotiations are needed. By outsourcing this, the good relationship with the supplier can be maintained and these negotiations do not lead to personal conflicts.

In conclusion, it is important that buyers know which conflicts they are dealing with, so that they can adjust their solution accordingly. It is also important to be open, honest and clear and to weigh the interests of the supplier in decisions. Research shows that there is still much to be gained here for many companies. For this reason, Supply Value has designed the Value Conflict Management Model. This model includes recommendations, best practices and a step-by-step plan to get started immediately. You can download this model for free using the form below.

Need more information, or help resolving conflicts with your supplier(s)? Call or email us for a no-obligation conversation. 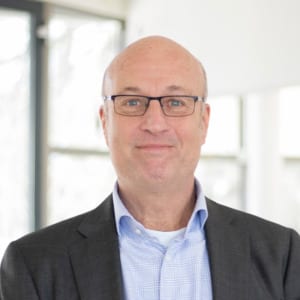 Purchasing managers are from Mars, logistics managers from Venus